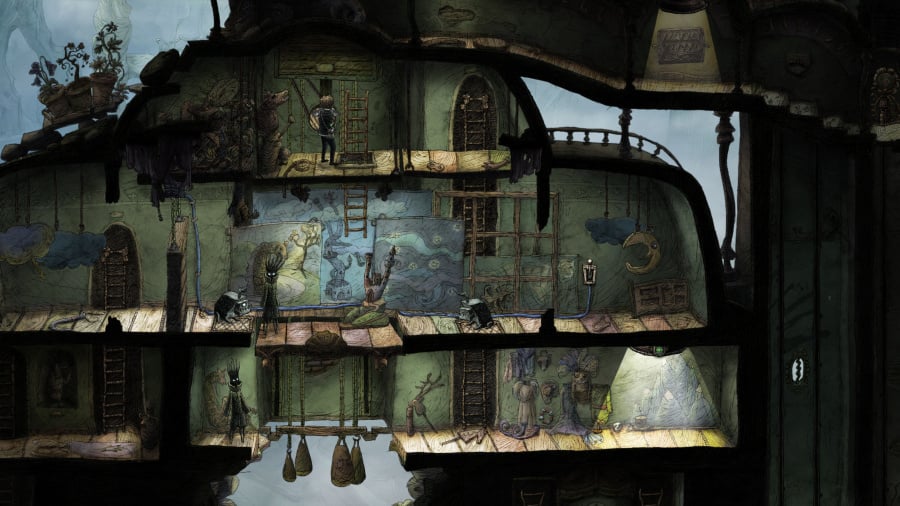 Amanita Design has only gone and done it again. After wowing the gaming world more than a decade ago with point-and-click adventure Machinarium, the Czech-based studio is back with another 2D brain-teasing experience that represents one of 2020’s best PlayStation 4 indie games. Creaks is the puzzle genre at the very top of its game, which combined with one of the most beautiful art styles of the past couple of years, makes for a title that both challenges and delights in every way imaginable.

And yet, at its heart, Creaks couldn’t possibly be any simpler. You’ll see the game right the way through to its conclusion using just the left thumbstick and two face buttons. Not a single word of recognisable language is spoken from start to finish. Puzzles can be solved in mere seconds once you’ve worked out the solution. But that’s not to say that it’s basic. Far from it, in actual fact. Creaks is complex in the places it needs to be while supporting a narrative that manages to be both uneasy and uplifting. 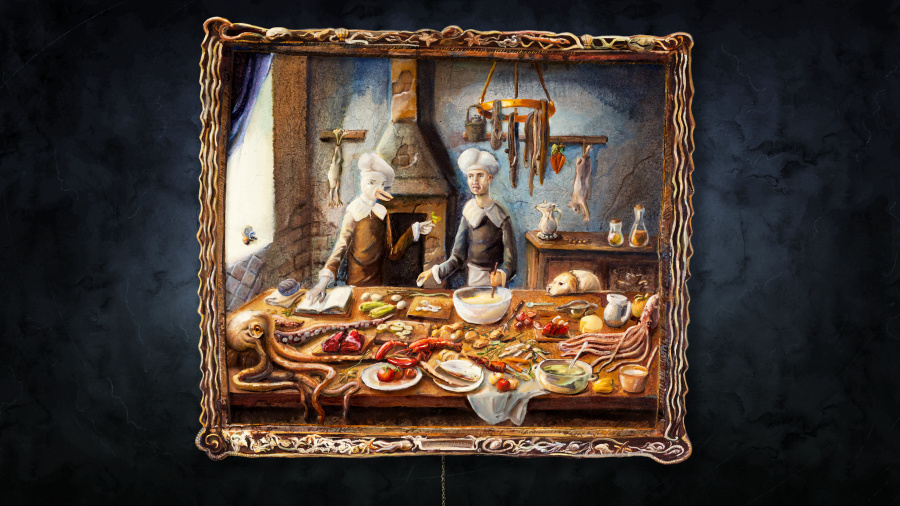 You play as an unnamed boy who has discovered an open vent behind the wallpaper of his bedroom. After crawling through its metal casing, brushing aside the dust and cobwebs, he stumbles upon a gigantic, underground chasm with a mansion in the middle of it. With just a ladder leading to the household’s roof, the boy presses on, unaware of what lies ahead.

For perhaps the majority of Creaks, you’re not going to have any cohesive idea of what’s going on. Again, devoid of any understandable language, much of the tale being told here must be inferred by the actions of characters and the environments you traverse. This makes the first few hours of the game more of a conundrum than anything else. However, the more you progress, the lesser the narrative’s grip on its secrets become. And by the end of it all, enemies turn into friends with the conquering of a great threat to thank. This is a game that turns fear into celebration, and despite that not even being its greatest triumph, it makes for a captivating five-hour playthrough. 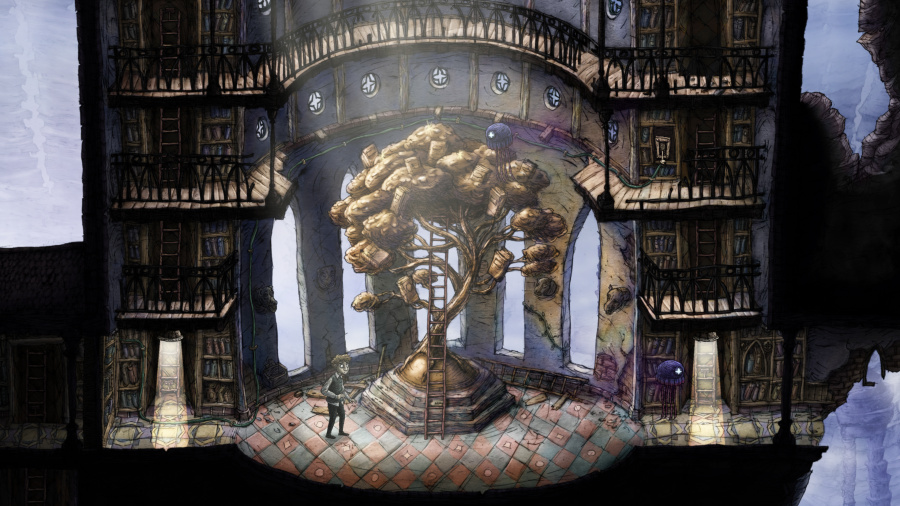 What Creaks does do best is its puzzles. The objective is only ever to make it to the next room, where the next brain teaser awaits, but it’s what happens in between that makes this such a special undertaking. Don’t forget that your interaction with the world is kept to a minimum so it’s the mechanics that you can’t control which quickly become the talking point. Not only is Creaks is the name of the game, but it is also the title given to the monsters you’ll encounter inside the mansion. And it’s these that you will use to solve a whole host of different puzzles.

From villains that mimic your every move and mechanical animals that love to graze in certain spots right the way through to dogs that’ll chase you if you get too close, it’s all about manipulating these enemies into doing your bidding. This rarely ever goes beyond forcing them to step on pressure pads in the floor, but the implementation of light is what adds a lot of depth to puzzle solving.

If a Creak is caught out in the glare of a lightbulb, it will turn into an everyday household object such as a coat hanger or a chest of drawers. You can then use that to your advantage by pushing them about the place or passing by them to make it to the next stage of the puzzle. Even more complexity can be sourced from the fact that Creaks can interact with each other. Dogs are scared of sealife while life-like pipes try to communicate with the adversaries copying your every move. This makes for brain teasers which force you into considering much more than just a single moving part. 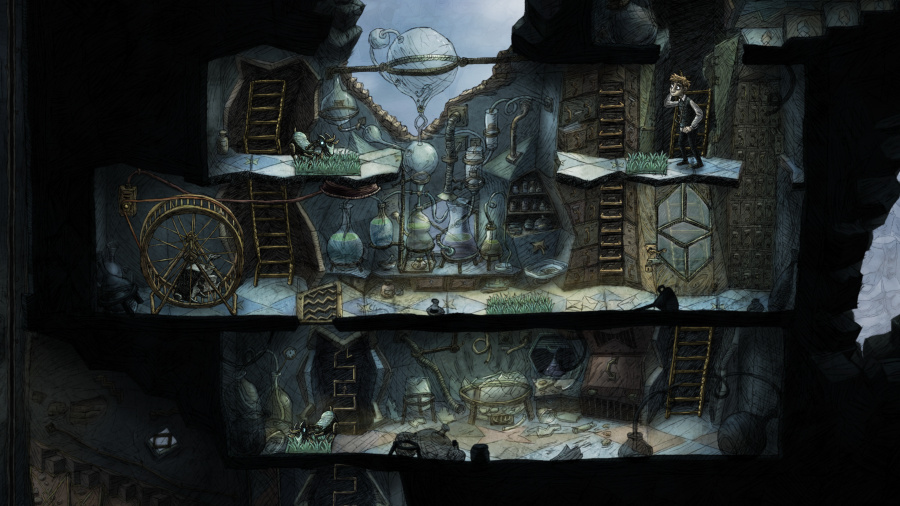 However, what makes Creaks so admirable is its refusal to rest on its laurels. The game introduces one mechanic after another at such a rate that you will never tire of doing one particular thing. There’s always something new to either see or do every couple of rooms, going so far as to actually expand on mechanics it has already introduced to keep you on your toes. The game revels in its puzzling nature and that makes for a sublime experience which is tough to tire of.

There is just one setback, however. It may use just two of the face buttons for every possible interaction, but the controls can get in the way at times as you wrestle between passing by an object and grabbing it to move it about. The former simply requires you to hold the thumbstick in your desired direction while the latter uses the X button. However, if you apply slightly too much pressure, you’ll pass by the piece of furniture rather than holding it. This can be detrimental during timed challenges when you need to shift something in a speedy manner, meaning you may have to repeat the entire process over again if you slip up. It’s a problem which cropped up just a handful of times throughout our playthrough, but it was enough of an issue to force us to always lend great care during these sorts of situations. 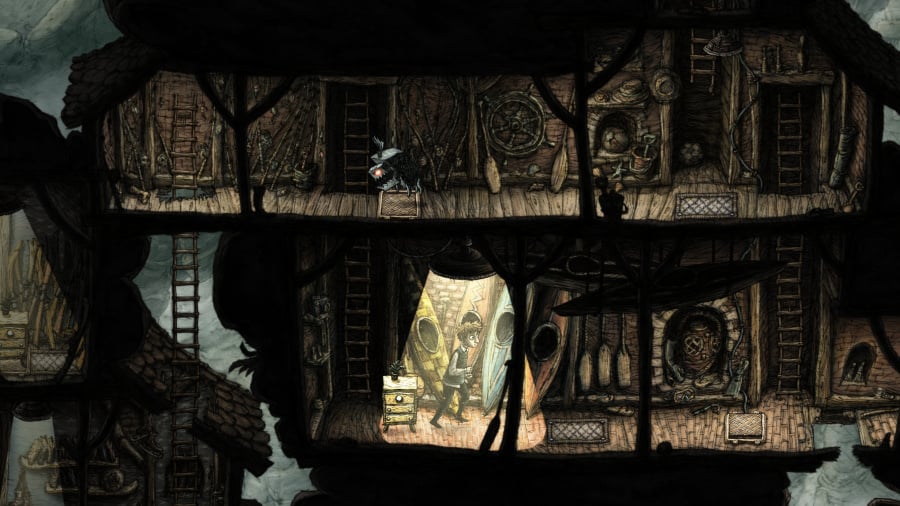 Those fears very quickly fall by the wayside though when you take a second to admire the scenery. The hand-sketched art style of Creaks is simply sublime. These beautiful visuals give voice and reason to the environments of the mansion, ensuring each of its five areas feel distinct. They also give life to the characters of the world with unique designs and a colour palette fit for a king. Enhancing this further is a soundtrack which manages to surprise as well as impress. The tone of proceedings can change on a dime as a foreboding, creepy piece of music gives way to an upbeat, electronic sound. It’s both surprising and masterful to say the least.

It would be remiss of us to not mention the comedic, interactive collectibles of Creaks though. Every so often, you’ll come across a painting which plays host to a sort of historical puppet show inspired by the likes of Punch & Judy that you get to control. And they’re hilariously splendid. These purposefully awkward sketches can have you doing anything from controlling the pitch of a singer’s voice through to controlling a fish as it jumps out of the water. They’re utterly ludicrous in the absolute best way possible — ensuring you’ll always leave with a beaming smile across your face or a chuckle to your voice.

Creaks is one of PS4’s very best games of 2020 so far. Its commitment to continually evolving its mechanics makes for a phenomenal puzzling experience packed full of surprises and elating moments. With a stunning art style to boot as well as a narrative which reveals itself in all the right ways, Creaks offers an unforgettable ride that can be considered truly special.

A Fisherman’s Tale Dev Returns to PSVR in Maskmaker