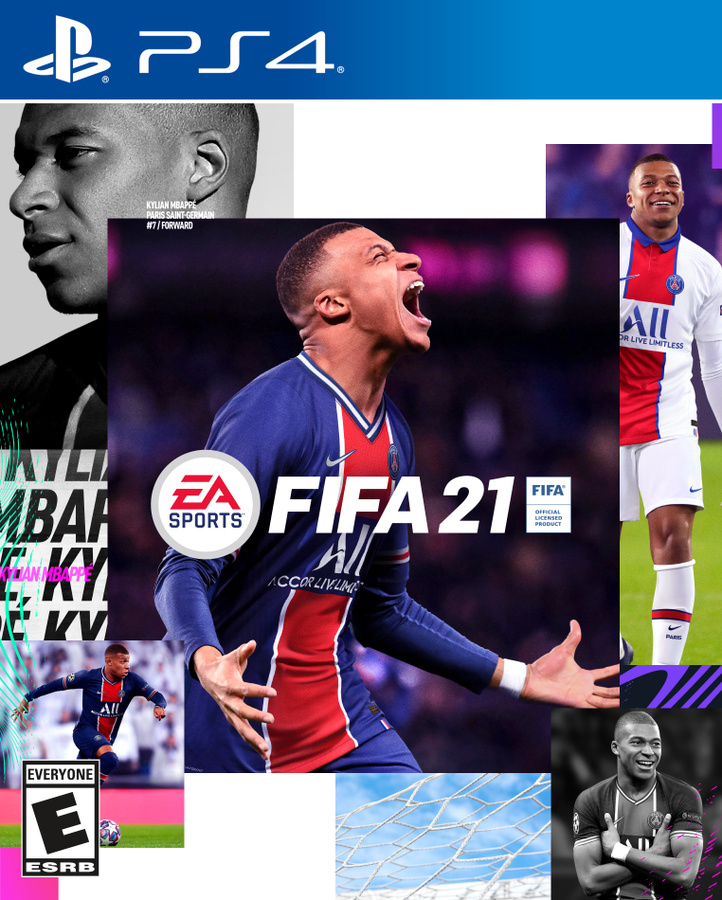 Update: Electronic Arts has now posted the official box art for the standard edition of FIFA 21 on PS4, and it does indeed feature Kylian Mbappe of PSG.

Original story: FIFA 21 is due a proper reveal trailer tomorrow, and while that slice of footage is yet to hit the internet, the footballers who will don the game’s front cover seemingly have. As spotted in the code of the YouTube page which will host the announcement, various sporting figures will be on the PlayStation 4 and PlayStation 5 box art.

We’ve got Premier League winner Trent Alexander-Arnold, attacking masterclass Kylian Mbappe, goalscorer Erling Haaland, and wonderkid João Félix. We don’t know whether all four footballers will be on the front cover of FIFA 21 or if the box art will be localised for certain territories. If that is the case, you can be sure that Manchester United fans won’t be happy with the smug face of Trent Alexander-Arnold being added to their physical game collection.

Which of these four footballers would you like to see on the FIFA 21 front cover? Decide in the comments below.

Interview: How Dreams’ PSVR Update Empowers Players to Be Even More Creative